The Path to Success

We have been trained over the years to picture the path to success as a fork in the road. One path leads to success and the other leads to failure. 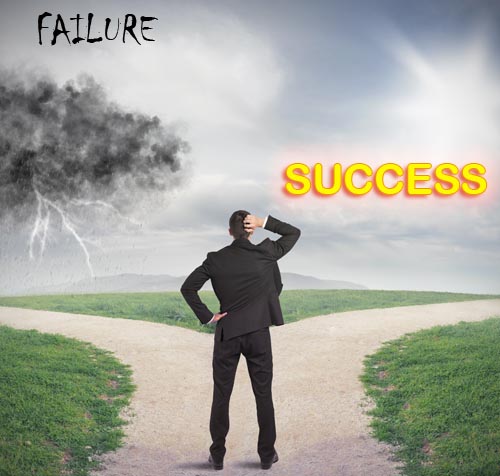 Flawed vision of the road to success

We have all seen the posters of the man standing at the crossroad. To his right is success, to his left failure. Take the wrong turn and you face failure. The correct path leads to success. We have had that drilled into us since our earliest days at school.

There is one path to success and all others lead to failure.

That vision is actually the main reasons why so many students are not successful.

This vision is, in fact, a leads to failure at every step.

This vision of standing at the crossroads creates intense anxiety and fear. One way leads to success and one leads to failure. We are so programmed to fear failure that we begin to seize up and giving up follows close behind. Thus, we lose the first group – failure comes because the fear makes them stop before they even try.

For those who do continue, indecision becomes the next step. Do we go left or right? The logic becomes – if we do not make the next step, we won’t fail. Better to make no decision than risk making the wrong decision. Thus, we lose the second group to failure as they fool themselves into believing they are still moving toward their goal. However, no decision equals no action because action comes out of decision.

However, some persist. They overcome the fear and indecision – often because they have no choice and must make a decision. Still, they make the leap. They take action. And what happens?

Odds are – they fail.

And what happens to most people when they have overcome the fear, made the decision, taken the action, and failed?

They still quit – based on the vision of the crossroads. After all, it is an either/or, success/fail mentality. So failure means the goal is not attainable and must be abandoned.

All because of a mistaken vision – a mistake that we ensure our students do not continue to make.

TJ Watson, the founder of IBM, explained the accurate vision when he said, “Success is on the far side of failure.” 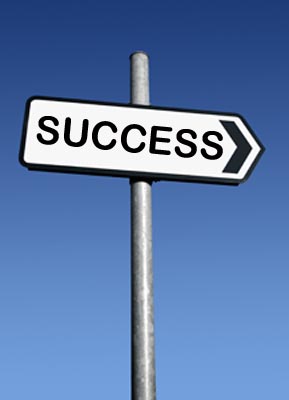 Success on the Far Side of Failure

It is not a crossroad but simply a road – a journey to success. That journey may have huge boulders that you have to get around or over or blast apart. Those boulders – those challenges or setbacks normally considered as failures – may temporarily block the road but once you overcome them, you succeed.

Success isn’t achieved by avoiding so-called failures, it comes from learning from those failures and persevering toward your goal.

And the real shame is that we knew this when we were less than one year old.

Did you learn to walk?

Were you successful the first time? Likely not. In fact, you failed over and over again. But each tumble, each fall, taught you balance and the perseverance that eventually gave you success

Then you followed the same process all over again when you learned to ride a bike.

Why should we expect any other important goal to be any different?

Our students don’t look at failure as the end but just a bump on the road to success. They see the successful achievement of the goal as the only acceptable end. They embrace failure. Learn from failure. Adapt with each failure.

So, knowing that the picture has changed from a crossroad to a highway, they can have a totally different mindset – turn the other mindset on its head.

They think fail faster in order to learn more and the fear disappears. Without fear, decisions flow into action. There are no failures, only lessons. Each lesson propels them forward because they will never give up.